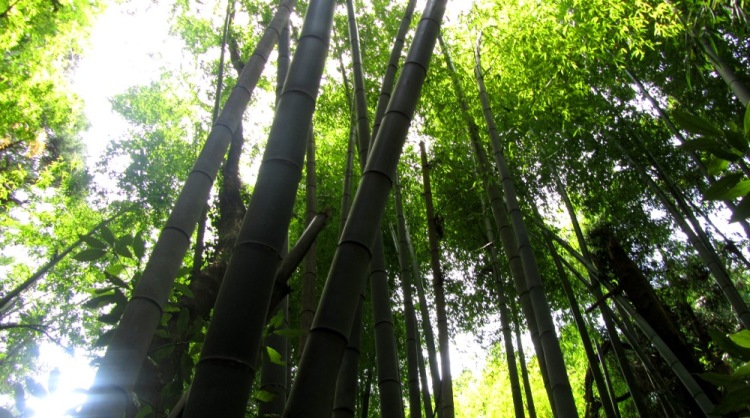 This forest is home to a most delicious vegetable.

The hillsides around my little Hokuriku hometown became very green while I was vacationing up north. New life is all around, much of it delicious, but I will hazard to guess that none of Japan’s wild spring crops is consumed with such widespread, eager fondness as takenoko, the young shoots of bamboo. They have a delicate, buttery flavor and a particular crunch that makes them a welcome addition to almost any dish. And although vacuum packing technology allows those with access to a Japanese grocery store to enjoy them at any time of the year, nothing can compare to the flavor of takenoko freshly dug from the ground. 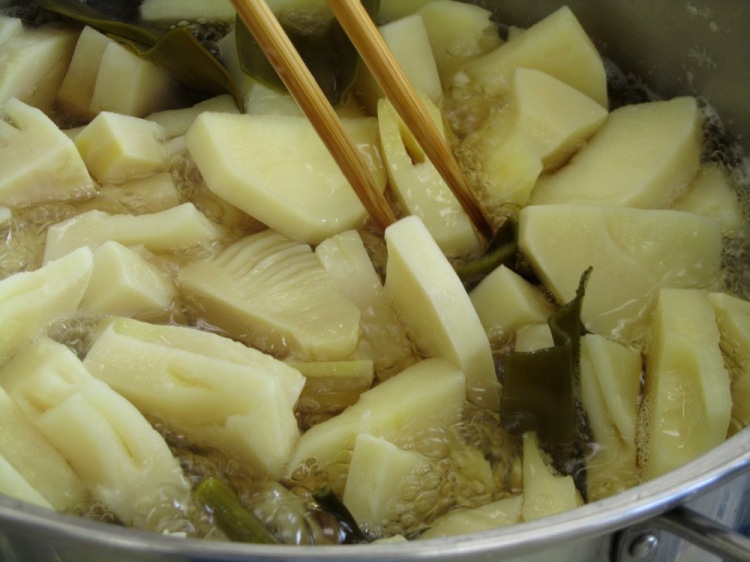 Bamboo shoots can be boiled with dashi broth, seaweed, soy sauce and sweetened sake (mirin) for a simple and incredibly delicious side dish.

How can you get your hands on one? If you live outside of Asia, they might be hard to come by anywhere other than a market that specializes in Asian produce. Even then, it’s important to remember that time is of the essence when it comes to bamboo shoots. Once they have been cut, they begin to turn bitter and inedible quickly (“faster than fish,” my friend told me.)

If you live in Japan, you can buy takenoko from the grocery store (look for one that isn’t too large, and is white or yellow – not green – around the base). Alternatively, if you live in the country and are lucky enough to know someone who has a bamboo forest on their property, chances are good that they’ll be eager to invite you over to dig your own. This isn’t just because your neighbors are nice. Taking care of a bamboo forest includes preventing overgrowth – no meager task when the plant in question is as strong as a tree and is capable of growing many inches in a day. The easiest way to limit crowding is to eliminate most of the new shoots while they are small and relatively soft. Takenoko harvesting requires knowledge, strong arms, a keen eye and a little luck, but the result is an unparalleled culinary experience. 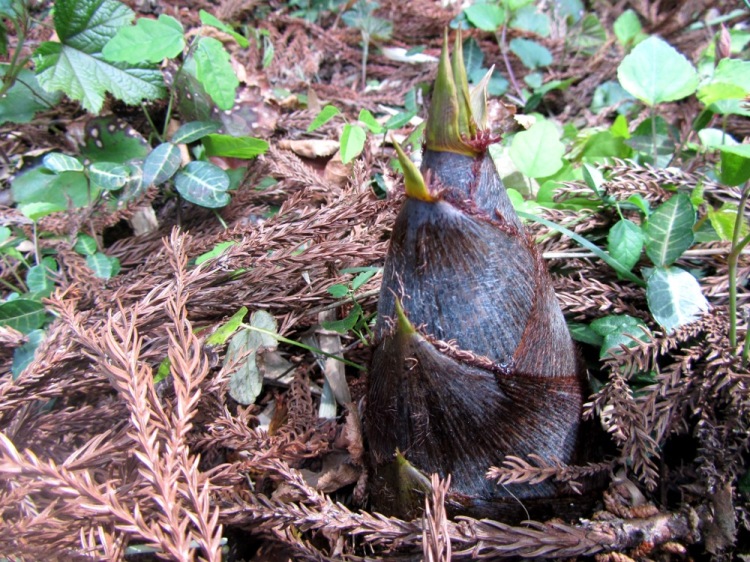 Takenoko appear like a brown, furry cone sticking out of the floor, topped with a crown of spiky green leaves. This one is only a few inches tall - a perfect candidate. A shoot that is over five inches or so above ground, or one that has many leaves is likey to be too far along to be edible.

Edible bamboo shoots have to be dug up before they get too big. The leaves, when inspected closely, tend to be pointing slightly in one direction, an indication of the overall curve of the shoot as it grows out of the ground. Using a hoe or a straight, narrow shovel, and carefully avoiding any damage to the shoot, digs on the side toward which the leaves are pointing until strange, knobby roots are visible. The shoot should then be chopped cleanly off at the base (somewhat challenging if you aren’t used to wielding a hoe).

A freshly excavated bamboo shoot. It's interesting and informative to note that only the top three inches of this one were visible above ground - the proverbial tip of the iceberg. Hunting for these things takes skill and patience.

Organizing cultural exchange events is a large part of my relatively new job, and one of the largest and most popular of these events is an annual bamboo shoot picking and lunch. Preparation begins the day before, when staff goes to the forest to dig up enough shoots to make a full bamboo meal. The following day, participants head to the same mountain to dig up their own shoots – which they can take home and prepare themselves – and then return to the community center to enjoy a hearty meal and chat with one another.

This year we had an unprecedented number of participants. Those who participated in the event last year have told me that you could hardly move without tripping over a shoot. Bamboo, however, naturally has omotedoshi (good years) and uradoshi (bad years) every other year. Not only were we due for an uradoshi, but this combined with an unusually hot summer and an uncommonly long, cold winter added up to a distinct lack of new bamboo growth. Without the budget to buy takenoko at the grocery store (the poor crop this year means prices are unusually high as well) we really had to scramble to find enough to cook lunch for the participants. My hands are still cramped from all the digging, but thanks to the hard work of friends, coworkers and community members, the event was a big success. Our participants found so many takenoko that even the staff members – and yours truly – were able to take some home.

As I said before, bamboo shoots are best when they’re fresh. Similar to fish, a freshly harvested shoot can be eaten raw (interestingly, the same name for raw fish, sashimi, is also applied to takenoko eaten in this way). With every minute after the shoot has been cut, however, it begins to develop a bitter flavor. To counter this, most takenoko are boiled, usually in water mixed with nuka, the ground husks of rice.

Nuka, the ground husks of rice, are added to the water used to boil bamboo shoots in order to minimize bitterness.

If you live in rural Japan, chances are that someone you know grows their own rice and has more nuka laying around than they know what to do with. If you don’t know anyone like this, you can buy it at the supermarket, or you can use the cloudy water which comes off of polished rice when you wash it. To cook takenoko, first remove gratuitously any knobbly roots or green areas around the base. Next, make lengthwise insicisions in the outside to make it easier to remove, and peel off the outer two or three layers. Wash to remove any remaining dirt. Submerge the entire shoot in your boiling nuka/cloudy rice water (if it’s too large to fit in the pot, you can cut it in half). Bring to a boil, then simmer until a fork or skewer can be inserted easily. Allow to cool, then peel away the remaining layers of furry leaves, removing the leafy top with a knife if necessary.

Boiled takenoko are good in almost anything, from soups to stir fries, or simply dipped in ginger soy sauce or seasoned salt. Here are some of the recipes that we enjoyed at the event last weekend!

Note: Try adding chicken, fried tofu, or other vegetables to your liking

« Enjoying the Apples of Aomori… in Spring?
In Defense of “Weird Japanese Ice Cream” »

3 thoughts on “Bamboo Shoots, King of the Mountain Vegetables”