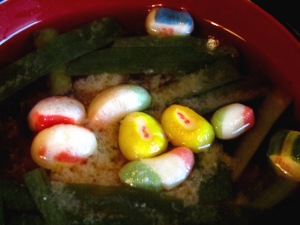 Gozaiku and other decorative, colored fu varieties are popular in Kyoto. They may look like puffed rice, but they are actually quite substantial, and are a good last minute addition to light soups.

As someone wise once pointed out, the cold, wet winters and hot, humid summers in Ishikawa lend themselves particularly well to fermentation. Not only does this have an unfortunate effect on the clothes in my closet, but it also means that, other than kaga yasai and wagashi, most of the foods that Ishikawa is known for are fermented parts of sea creatures. I don’t think I’m fussy about what I eat, but this is a whole category of food that, putting it lightly, I don’t much care for. So when someone mentions other beloved Ishikawa edibles – even if they happen to be blocks of condensed wheat gluten – I leap at the opportunity.

Without further ado, today’s topic is fu (麩), a preparation of wheat gluten (a.k.a. what’s left over if you wash all the starch out of flour). If eating a ball of gluten seems weird, might I remind you that seitan, popular among vegetarians and followers of the microbiotic diet around the world, is a close relative, though many Japanese variations add baking powder as a leavener. It’s high in protein, and although in Japan it often appears alongside meat in dishes, it is substantial and filling enough to work as a meat subsitute in things like curry and stir fry. Fu is a common ingredient in cuisine from all over the country, and comes in a wide spectrum of consistencies, shapes and colors. Different kinds of fu are popular in different regions.

Kuruma fu (popular in the Hokuriku region), and colorful gozaiku fu (originally from the Kyoto area) are just some of the incarnations of wheat gluten you can find in a Japanese grocery store. 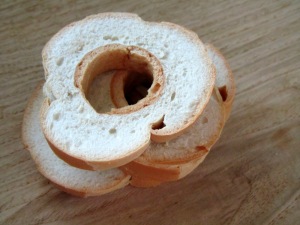 Kuruma fu comes either in large cylinders or presliced. It looks kind of like a cruton or rusk, and has a similarly dry, brittle consistency. It has little flavor of its own, but soaks up other flavors easily. When cooked, it has a soft, yet substantial texture.

Ishikawa happens to be one of the places where fu is especially well-loved. Kurumafu, a kind of leavened fu that is wrapped around a stick before it is baked (its name, kuruma [car] fu, comes from its wheel-like shape),  originated here, and is very popular in home cooking. Small, ornamental balls of leavened fu (such as gozaiku/tedama fu), a Kyoto specialty, are also produced here. Sudarebu, a type of hard, pressed fu that was historically used in Kaga samurai cuisine, is still available here, though not well known outside of the prefecture.

My only experience with fu up until yesterday was as an ingredient in instant miso. Having decided to try something else, I first consulted my tooth brushing companion. She gave me a description of a simple recipe that she often makes at home. I made an effort to recreate it, and came out with something that tastes very much like a vegetarian version of okayo donburi. This, alongside a summery salad and a bowl of miso soup with gozaiku fu, was dinner last night. A satisfying dinner it was. 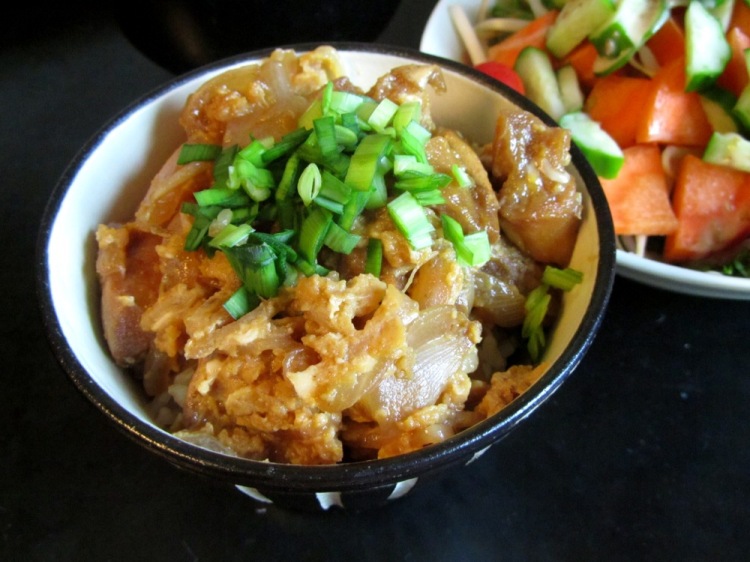 One thought on “Cooking with Wheat Gluten? Fu fu fu!”