It’s been three weeks since I last blogged. To update my dear readers (apparently I have a few – or had, at least, before I became a slacker), here’s a rundown on those three weeks:

It may not surprise you to learn that my best efforts at maintaining a healthy diet are often undermined by my busy playtime schedule. I’m pleased to announce, however, that I did take part in at least one health-promoting activity during the month of September. I went hiking.

The bowl of Murodo, as seen from the ridge of the holy mountain, Tateyama.

We took the Alpine Route up to Murodo and, after sharing a warm yomogi oyaki from the bus terminal, headed for the first peak of Tateyama via Ichi-no-Koshi. Our course, raided from the pages of Lonely Planet’s Hiking in Japan, would take us north along the ridgeline, over Bessan to spend a night at the mountain lodge Kenzansou, the closest lodge to the base of Tsurugi-dake. After taking a good look at Tsurugi, we decided that the climb wasn’t for us – not this time around, anyway, with the last bus leaving Murodo at 5:00 p.m. the next day – but the hike along the ride from Oyama Shrine to Kenzansou was worth the trip. 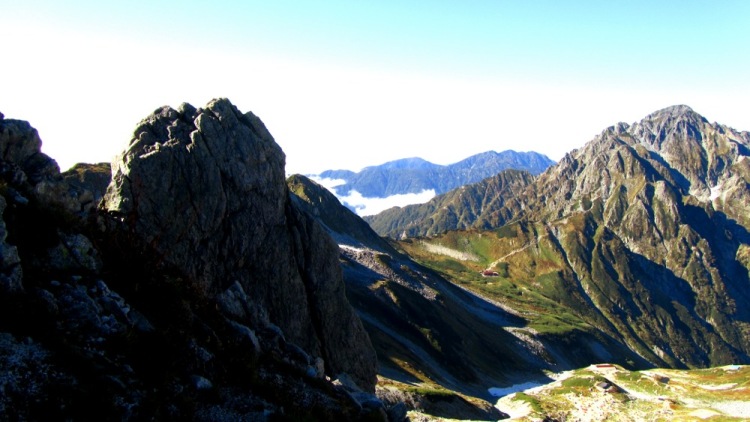 The mountain we didn't climb, Tsurugi-dake. It was long ago reasoned that if Tateyama, with it's lofty peaks, is close to heaven, then the craigs of Tsurugi are an earthy representation of the mountain of the dead.

The summer I turned seventeen, I went for an eleven day hike in the wilderness of Lake Clark National Park in Alaska. That was the year that my dad decided that a camp stove was unneccesary weight. All of of our freezedried pasta and oatmeal could be rendered edible without heat by instead filling the ziplock bag cointaining the meal with cold water and allowing it to soak for a few hours. After a grueling, rainy day of hiking, sitting down in a cold, foggy boulder field on a mountain pass to a meal consisting of a plastic sack full of cold pasta might sound a rather dismal picture to some. In fact, it wouldn’t have been that bad hadn’t been for the presence the other people we were hiking with, who had brough a camp stove (along with such luxury items as teabags and instant hot chocolate).

After completing this hike (which remains near the top of my all-time most awesome experiences list), I came to two conclusions about eating reconstituted pasta out of a plastic bag for eleven days. The first is that everything tastes good when you’ve been hiking all day. The second is that, while the weight of gear is certainly a concern for backpackers, certain items which may seem luxurious – such as a camp stove and a packet of Swiss Miss – contribute to morale in a way that should not be overlooked.

Since our recent Tateyama hike was only two days long and required no technichal gear, tent or bedding, we were able to afford some luxuries in the culinary department. Not only did we have a stove, but we also brough along ingredients for curry (onion, carrot and potato) and a couple of cans of beer. Sitting on the front step of the mountain lodge, watching the sun go down over a pot of curry rice and an Asahi felt sinful. Yes, something in me said that I could hardly call this a backpacking trip – but it doesn’t change the fact that curry and beer have never tasted so good. There’s no seasoning like a little elevation gain. 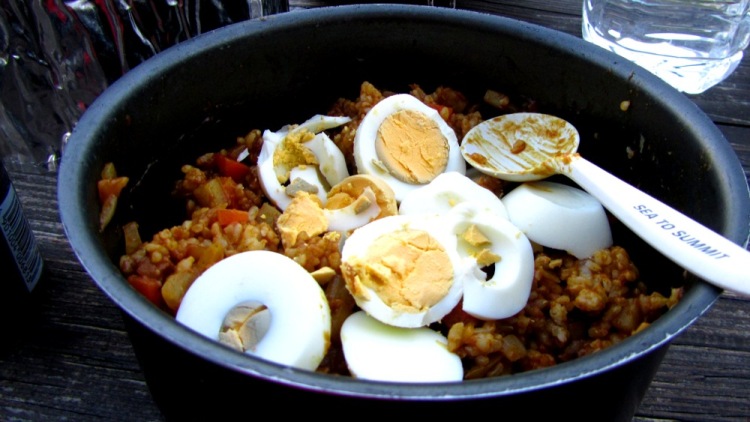 Hot curry with hard boiled eggs. Can we even call this a backpacking trip? 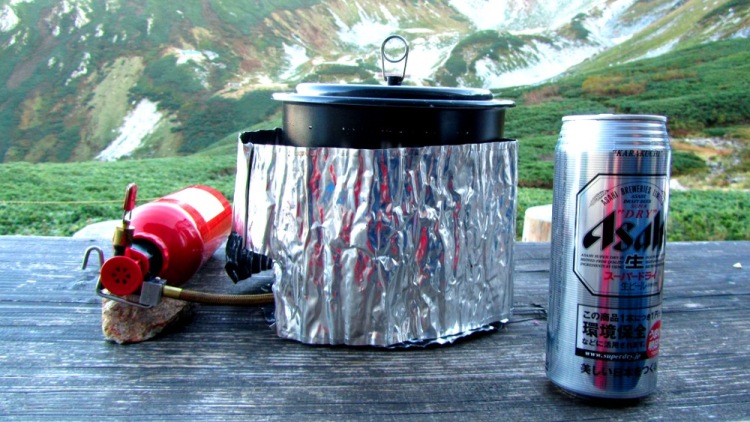 Perhaps the best beer I've ever had.